Röhlig-Grindrod is the combined effort of its partners

Röhlig-Grindrod is a formidable player and trusted name in the worldwide logistics industry.

Our extensive global network and strategic partnerships with reputable carriers ensures your cargo is delivered safely, securely, on time, and to any destination.

We offer multi-modal solutions encompassing air, sea, road and rail. Furthermore we support all your warehousing, insurance, customs clearing, compliance, supply chain, contract and project logistics needs throughout Africa and across the globe.

We are a proudly South African company

We are a proudly South African company with 57.5% black ownership and a Level 2 B-BBEE certification. Our history dates back over 150 years, and we are constantly evolving and innovating to ensure that cost effectiveness and efficacy are delivered to our customers as consistently as their cargo.

With centuries of international experience behind us and high calibre staff across the world we are able to add value to every link of your supply chain.

We deliver on our promises by identifying our customer’s needs and expectations, and implementing tailored solutions supported by our market-leading technology. You get the personalised support that you would expect from a company with family-owned virtues and values, coupled with the professional competence and buying power of a large multinational.

Röhlig-Grindrod is more than just logistics; we’re about the people who make it happen.

Is the combined force of two major players in the global logistics arena – Röhlig & Co from Germany, and Grindrod Limited from South Africa.

In 1852 Carl Röhlig, a courageous entrepreneur, set up a tobacco and insurance business in Bremen, Germany. Seven years later, he expanded his business and developed the sea freight operation, shipping luggage from Europe to the New World. Röhlig was able to secure goods for the return voyage, thus making his business highly successful. This business has grown into one of the largest and sophisticated family-owned logistics companies worldwide with more than 2000 employees in over 30 countries.

Captain John Grindrod established a clearing and forwarding agency that would ultimately grow into what is known today as Grindrod Limited. Listed on the JSE since 1986 and represented in 37 countries worldwide, the company employs more than 7 000 skilled and dedicated people. In pursuing the strategy of becoming a fully integrated freight logistics and shipping service provider, it continues to invest in assets and opportunities across the three operating divisions with specific focus on oil and gas, dry bulk, bulk liquid commodities, containerised cargo and vehicles.

In 2000, Röhlig & Co merged with Grindrod Limited to form Röhlig-Grindrod, bringing together more than 270 years of logistics experience. We make use of the global routes we’ve established over more than two centuries, and the relationships we’ve formed to provide our customers with personalised services at competitive rates. Röhlig-Grindrod is testament to the philosophy of thinking globally, acting locally.

We handle every aspect of getting your cargo to its final destination.

Our skilled and experienced staff across our international network are in constant communication and you can be assured that you have transparency on all shipments.

As a valued client, you are assigned a dedicated account manager to provide expert assistance and advice every step of the way. Furthermore we offer a consulting service that not only identifies potential risks but also cost saving opportunities.

On a regular basis we perform cost reviews

On a regular basis we perform cost reviews with our clients and measure ourselves against agreed upon key performance indicators ensuring that you receive the service and rates you would expect from a global organisation.

We understand what your unique logistic requirements are and provide customized solutions. 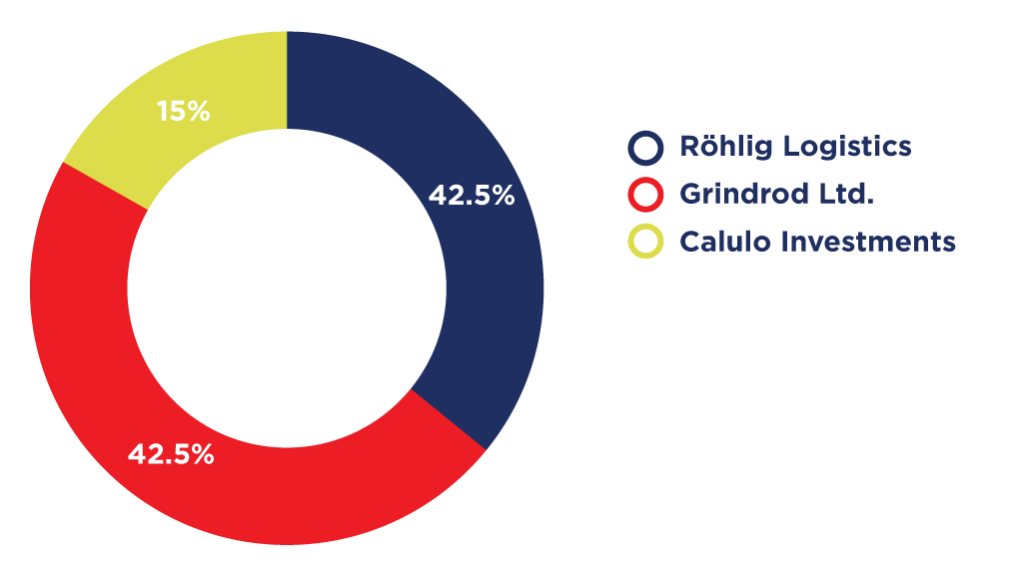